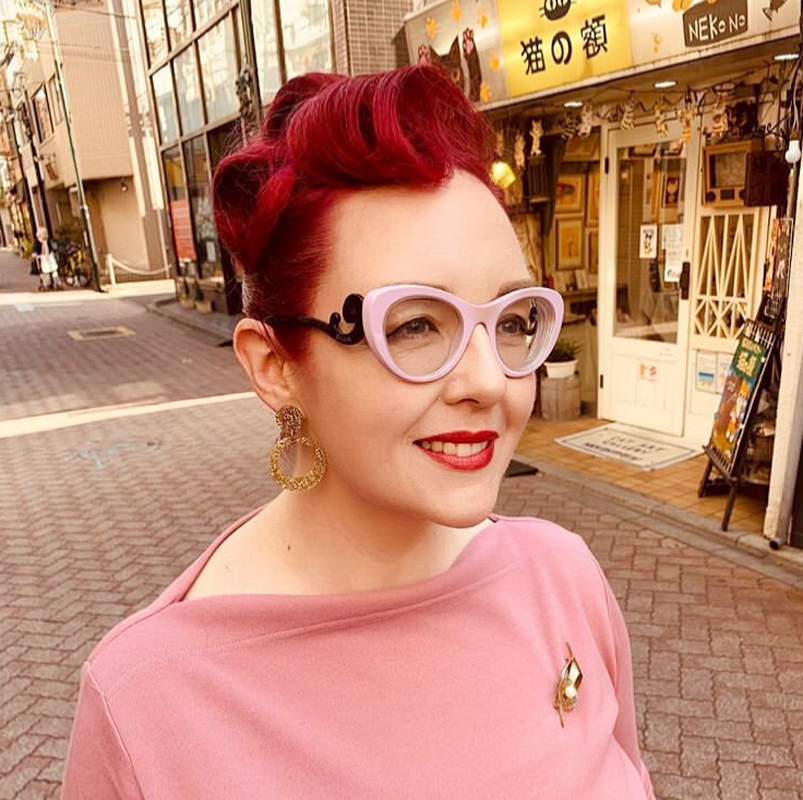 I grew up in a small village in the South of England, part of the U.K. If any of you are a fan of British films or dramas, the countryside scenery might be familiar to you: it’s gentle and green with a lot of old houses, but compared to Japan the landscape is not very dramatic!

I had a typical British country childhood: playing in the forest, horse-riding, and so on. Perhaps for people who grew up in a big city it would seem a bit boring, but you learn to make your own fun. 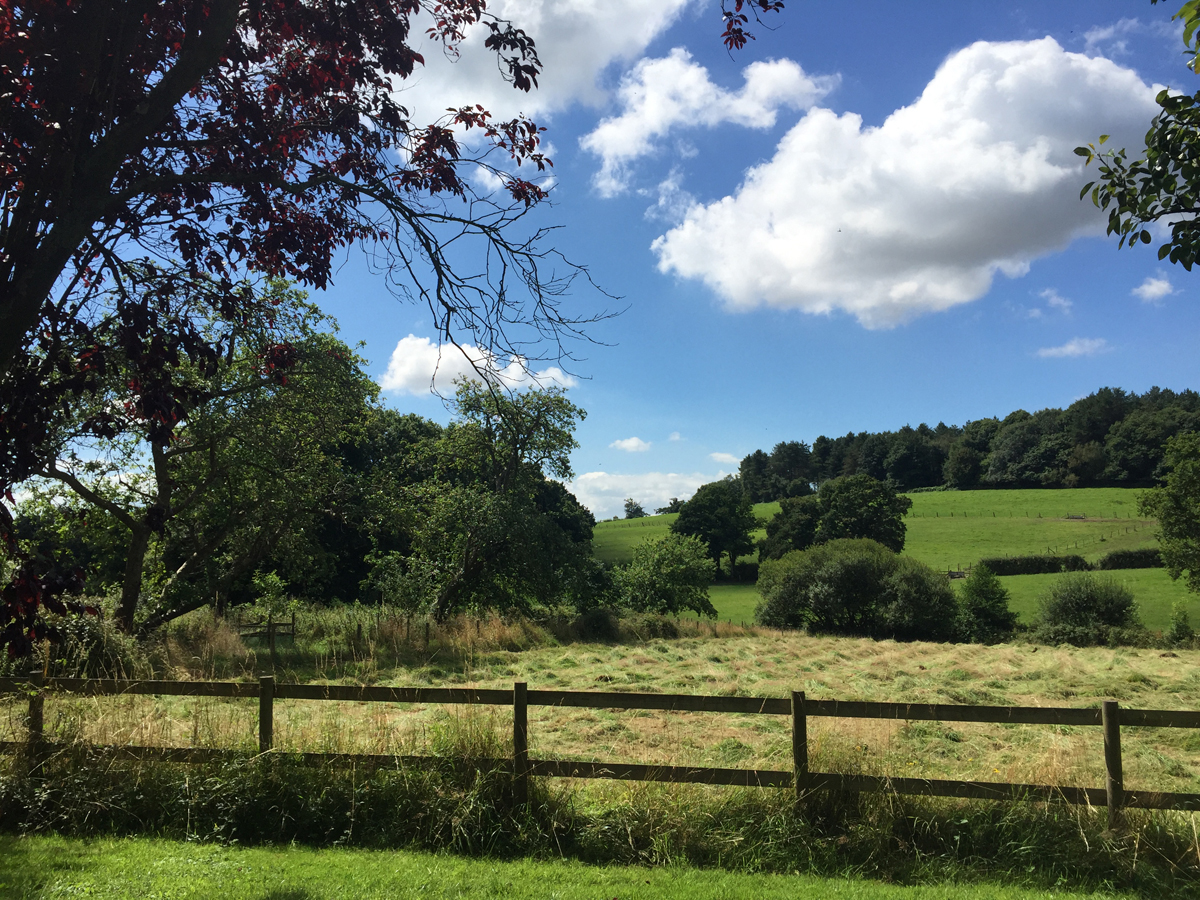 Even though I was isolated from city life, I was interested in pop culture since I was young. I played bass guitar in a band with my friends, and I loved rock music and old movies. I think I was what you’d call a ‘nerdy’ teenager! When I entered sixth-form college (similar to Japanese high school, from 16-18 years old) my friend introduced me to Japanese pop culture – and it changed my life. I learned about manga and movies and fashion, and Japanese rock and visual-kei music. I had never seen anything like it, there was so much variety: the content and style could be cute or dark, charming or terrifying. Actually, as a teenager I think the biggest attraction of Japanese pop culture were the “ikemen”!

When I went to university I decided to change my major from English Literature to Media and Film Studies, and I knew I had made the right choice. I was able to enjoy pop culture from all around the world, and at the same time study it deeply to learn more about the social issues of each country. Of course I focused on Japan; the topic of my graduation dissertation was gender and sexuality in “boys’ love” manga, and Japanese women’s culture has been one of my main research subjects ever since. I also studied Japanese at evening classes.

Naturally, by this time I needed to go to Japan! So after I graduated I applied to the JET Programme, run by the Japanese Ministry of Education, Sports, Science and Technology, and I got a job teaching English at two high schools in Nagano prefecture. My first year in Japan was a time of many ‘firsts’ for me: my first time on an aeroplane (I only visited Europe by ship before), my first time to have a full-time job, my first time to live alone. It was scary but exciting. I got to experience pop culture first-hand, going to lives and making friends. I became an Arashi fan, and also fell in love with lolita fashion. 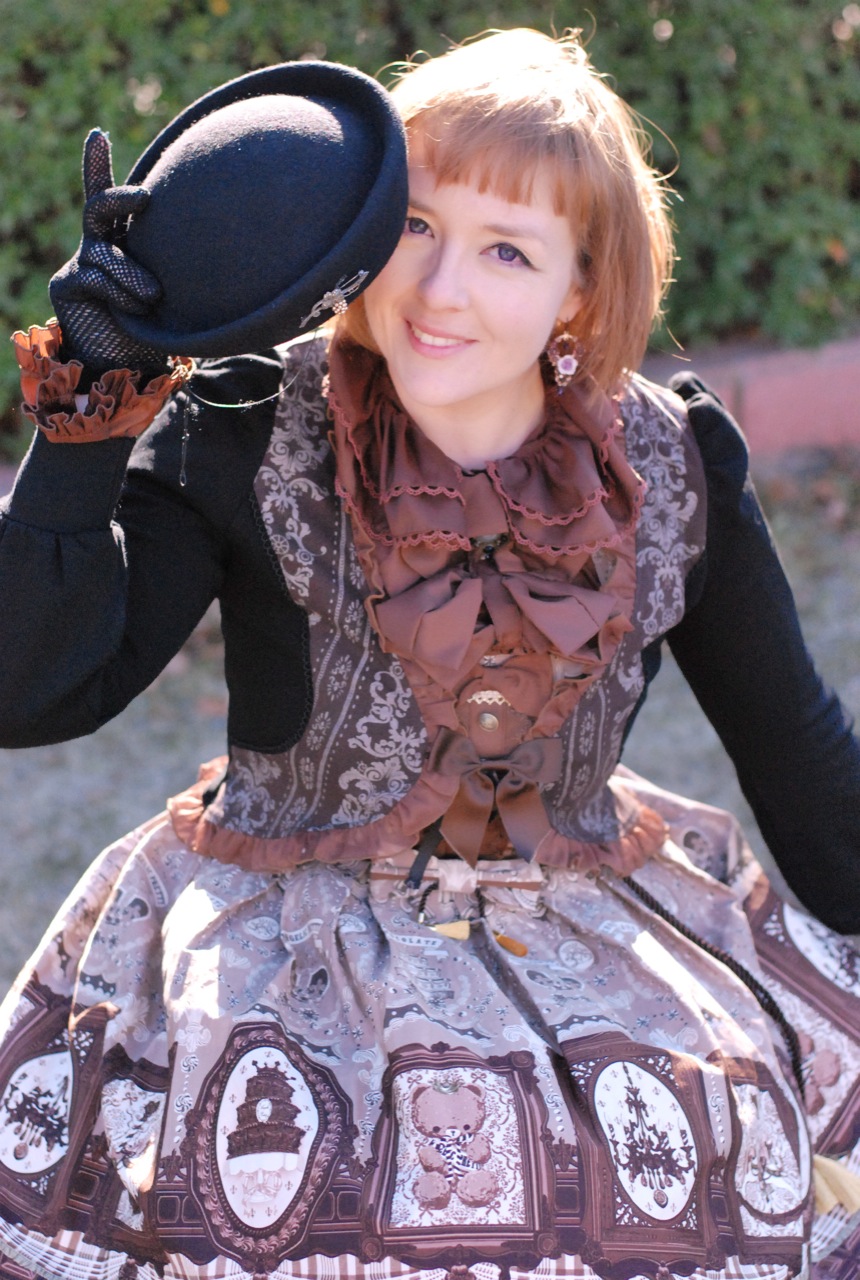 That year I learned that some of the things I had seen in Japanese pop culture were accurate, but that the real-life Japan was actually quite different. It taught me an important lesson: we can learn so much about a culture by studying its art, movies, TV, etc., but in order to really understand a place you need to go and experience it for yourself.

I returned to the UK to study for my Masters degree in gender studies, where I continued to focus on women’s pop culture: visual-kei and BL (again). It helped me look more deeply at gender inequality in Japan and my own country, and also showed me the imaginative ways in which Japanese girls and women challenge social problems through pop culture. When I next came to live in Japan it was to study for my doctoral degree – gender and Japanese video game fans – at Nagoya University, and Nagoya has felt like my second home ever since.

During my doctoral programme it became clear to me that I wanted to teach; in particular I wanted to use pop culture to help young people understand social problems and look at them more critically. Of course it’s important to study ‘serious’ subjects like economics, art, literature, and so on; but to deeply understand how a society works on an everyday level, you can’t do better than popular culture. When I graduated I taught at the University of Tokyo for two years, but I eventually came back to Nagoya because, as I said, it feels like home. I love teaching both Japanese and international students at NUFS, and especially when they can take my classes together and share opinions from many different viewpoints; I believe this is how you can really broaden your mind and learn to think more critically about your own culture as well as foreign cultures.

In my courses at NUFS we study many topics: gender, sexuality, race, class, nationality, and so on. We learn about it all through pop culture, which helps make the subjects fun and easy to understand. My students can choose whatever type of pop culture they want to research: movies, TV, manga, magazines, sport, fashion, Instagram, and so on. As they learn to look at these common texts critically they are not only understanding more about social issues; they are also learning a valuable skill for their futures. Media and pop culture are all around us every day, whether we like it or not, and understanding what messages they are trying to send us is key to thinking independently, making good decisions, and being a tolerant, accepting human being.